“At Franklin I liked the exchange of ideas with classmates and faculty on a topic. The small class size at Franklin College lent itself to lively debates.”

Matt Düzer ’11 is a union organizer residing in Chicago, helping empower workers by building unions. “I talk to people with difficult issues, ” Düzer says. “My political science classes taught me not only about law and governance, but how to have productive discussions around tough issues. At work every day I need to listen carefully to what others are saying and be able to articulate an appropriate, constructive response.”

“In my Franklin classes, I was exposed to great ideas and dissent was encouraged. We were encouraged to express differing opinions. This has been helpful to me in my career,” says Düzer.

Düzer was a Spanish and political science double major at Franklin. “I arrived at Franklin most familiar with the Spanish program, but my strategy soon turned into taking a variety of other kinds of classes where I also had interest. When I did this, I found that I was building toward a major in political science.” 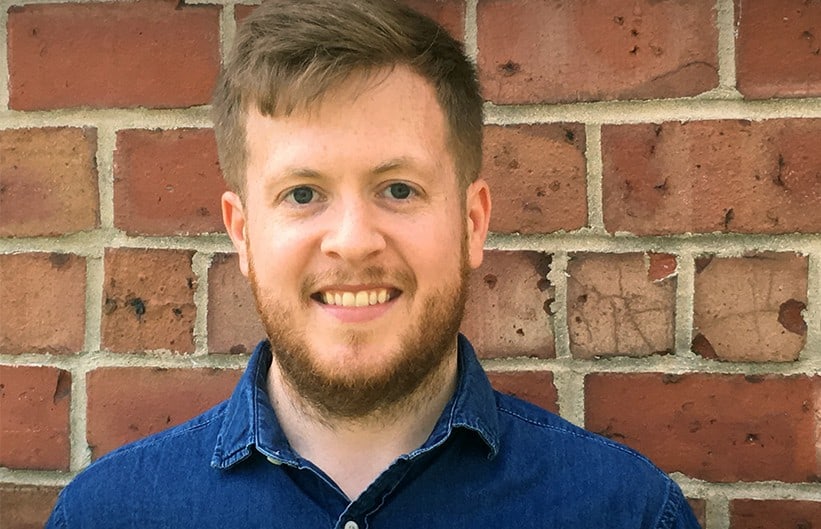 For Düzer, both Spanish and political science offered critical-thinking challenges. “With professor of Spanish Sara Colburn-Alsop, Ph.D., I realized for the first time that I didn’t have to believe something because it was written in a book. She was one of many Franklin College professors who helped me learn how to think critically and evaluate content from the world around me.”

Düzer enrolled at Franklin College from the community of Franklin, Ind. Although he liked being close to home, he also liked stretching himself through global education experiences in college. During his time at Franklin, he interned at a law firm in Cologne, Germany, studied German at the Goethe Institut in Bonn, Germany and studied international relations and political science at the University of Guadalajara, Mexico. “These opportunities helped me test what I thought I might want to do with my life in addition to seeing the world. The office of global education was flexible and helped me to find the right place to study abroad. If you are interested in a variety of experiences, you will have nothing but support at Franklin College to study abroad.”

Düzer also engaged in volunteer experiences at Franklin College. Internationally, Düzer assisted in English classes for middle school students in El Salvador. Locally, Düzer was an Americorps volunteer with Youth Connections, a child advocacy organization where he did research on youth homelessness and helped draft grants. Düzer took part in FOCUS Day, Franklin College’s day to connect Franklin students with not-for-profit organizations in the county and nearby Indianapolis. Barack Obama’s campaign gave Düzer a chance to participate in civic concerns by canvassing for the presidential race.

Sports had been important to Düzer in high school and he played soccer all four years at Franklin. “The small school atmosphere at Franklin allows a student to have many pursuits and grow in many directions.” In addition to soccer, Düzer was a founding member of Franklin College’s Latino Advocacy and Awareness Association (FCLA3) where he participated in immigration reform rally in addition to creating culturally significant events on campus with the goal of generating cultural awareness.

After graduating from Franklin, Düzer attended graduate school in Kassel, Germany, pursuing a master’s degree in global political economy. “Grad school emphasized discussions and presentations. I felt confident to present and write due to the solid background I had Franklin College.”

“At Franklin College, faculty are encouraged to focus on teaching and less on research. This is great for students and shows in the class. Professors have time for you and help you get everything out of the experience. This personal attention helped me grow and be challenged as an introvert,” Düzer says. “Professor of history Ralph Guentzel, Ph.D., associate professor of political science Randall Smith, and professor of Spanish Sara Colburn-Alsop, among others, were always there for me to help me know how to guide my education.”

Düzer says he wants to challenge incoming students to challenge themselves by studying what they find interesting and going for more than “skills in a resume.” For Düzer, what was formative at Franklin College came in both expected and unexpected places. “Although not directly applicable to where I am now, my philosophy of religion class was very formative and changed my thinking. That is the value of the liberal arts education at Franklin College.”