When Karoline Park pledged to join Zeta Tau Alpha (ZTA) during her freshman year at Franklin College, she never expected that after nine years and a few changed plans she would find herself working as the collegiate services manager for her sorority’s international office.

Today, the Franklin College alumna helps ZTA chapters across the U.S. with recruitments, rituals, reporting, finances and other operating essentials. These responsibilities put her in contact with diverse sorority sisters from all over the country, an aspect of her job that Karoline particularly enjoys. She credits Franklin College with contributing to that enjoyment by expanding her world view, particularly a course that helped her relate to a variety of religious views. 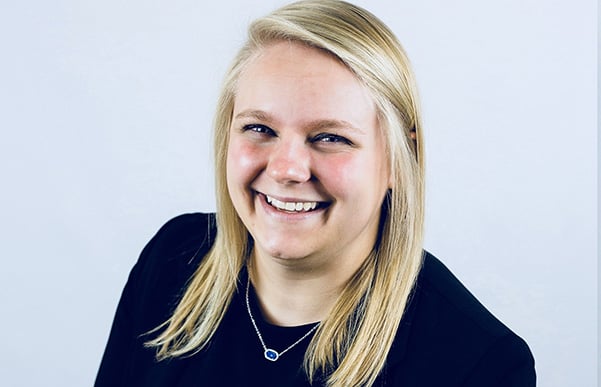 Karoline, a history/political science double major who graduated in 2015, participated in a religion course with eye-opening field trips and insightful discussions that now help her in her everyday life. “I do work now with women who have different religious backgrounds. I can have a conversation with them about what it’s like to go to their place of worship and what it’s like being in that worship setting because Dr. Carlson opened my eyes to how Christianity is a wonderful religion, but it’s not the only one.”

She feels Franklin College helped cultivate her worldly awareness, which has helped her succeed in her professional and personal life. “We live in a world today where if you just don’t want to acknowledge that there are people different from you who exist, then you’re only hurting yourself. I am so thankful that class that I took at Franklin College opened me up to how the life that I have lived is not the same as the person to the right or left of me.”

While a student at Franklin, Park was truly engaged. She participated in philanthropy, fundraising, recruitment, programming, and education in her sorority. She volunteered for Girls Inc., Special Olympics and Habitat for Humanity, in addition to being an academic mentor and participating in her sorority’s events. “Franklin gave me a chance to try my hand at many things. I wouldn’t have had the same experience at a large university.”

For Park, the advantage of Franklin College is the community atmosphere. “My undergraduate years gave me a solid academic foundation but even more, they prepared me for a full life after college. My grad school friends say they didn’t get much one-on-one help. My time at Franklin was different – faculty and students became my friends. I did not go through the motions of college but with the care and support I received, was able to grow professionally and personally. Franklin College was a family to me.”