All in the Family

One of Franklin College’s claims to fame is it’s tight-knit community that feels like a family. But in alumnus Zach Beasley’s case, the Franklin family takes on a whole new meaning. Zach’s father, Robert Beasley, Ph.D., is a Franklin College professor of mathematics and computing. His father began working at the college when Zach was still young. Some of his earliest and fondest memories are riding his bike around the campus. 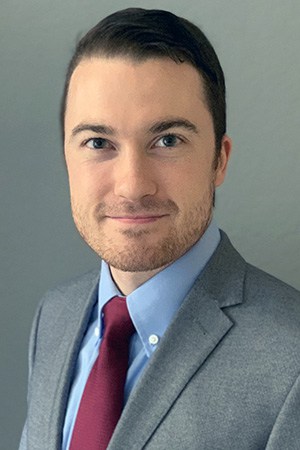 When it came time for him to choose a college, Zach ultimately chose to attend Franklin. Not only had he taken some Running Start courses, a program that allows high school students to take college classes at Franklin, but also Zach has an inside view into impressive world of Franklin’s professors thanks to his father.

“I knew that I would receive a very high quality, personalized education at Franklin College. The professors there really prioritize teaching, I know that they get to know their students, they can do that, because they have small class sizes.” – Beasley

Zach graduated from Franklin College in 2015 in with degrees in computing science and applied mathematics. He is following his parents’ footsteps into a career in academia. He received a Ph.D. in computer science and engineering in 2020 from the University of South Florida and is now teaching there.

He is grateful for his liberal arts background that has helped set him apart from his fellow students. “I had fellow Ph.D. students who came from more technical backgrounds, and while they might have had very focused technical skills, there were some maybe interpersonal skills that were lacking or communication skills that were lacking. And I’ve always felt very confident in the well-rounded education that I received.” – Beasley

At Franklin College, the student-teacher ratio is more than just a number. It’s a close relationship between the students and our professors. Our instructors care about your success and will cheer you on—almost like a parent.

Whether it was his own father or another professor, Zach is grateful for not only the education but the support his professors showed him.

“I’m very thankful for all the opportunities I had at Franklin. And I think it’s a great college. I’m very proud of Franklin.” – Beasley