With smiles that greet you on Dame Mall and helpful hands at every turn, Franklin College strives to create an environment that makes its students feel safe and daring simultaneously. This almost paradoxical effect would become most apparent to alumna Kari Musgrave off campus in another country. 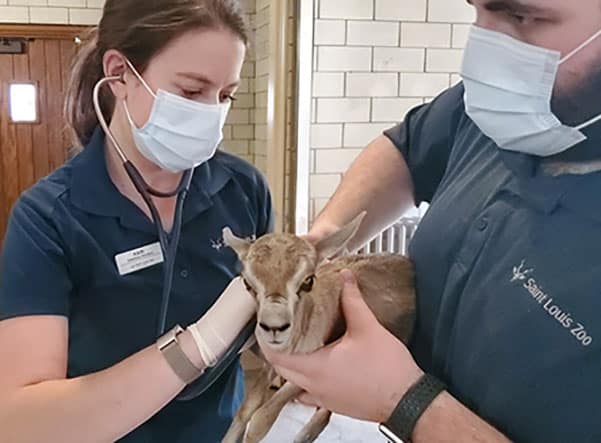 Interested in pursuing biology, Kari leapt at the chance to experience that world in action in Belize.

During her sophomore year, the biology major and her classmates spent a month exploring Belize. They snorkeled, traversed the country’s back roads and even toured the Mayan Ruins. The Central American country’s beauty managed to make even tedious plane rides memorable.

Kari’s favorite memory of Belize was seeing how Franklin College camaraderie translated into off-campus situations. “I am not a strong swimmer, and this was a snorkeling, tropical biology class. Everyone made sure I felt comfortable. I had a little life vest that helped me so I wouldn’t float away in the ocean, but everyone just came together during that trip in general and became very close. That really solidified how much of a community Franklin was.” – Musgrave

Kari graduated from Franklin College in 2011. After attending veterinary school and trying out a few different positions, she joined the staff of St. Louis Zoo as a veterinarian. The kinship she feels with her fellow zoo workers reminds Kari of her time at Franklin College. And like in Belize, those symbiotic relationships only heighten her experience at work.

Before we dive into new waters, we must have a supportive, safe base to which we can return. At Franklin, we’ve built that base. All that you have to do is take the plunge.