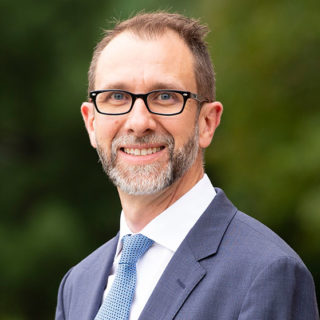 “My students know that while I hold them to a high standard, I will work closely with them to provide them with engaging experiences throughout their time at Franklin College and assist them in landing exciting learning opportunities.”

How do you help students who are on their way to graduate programs?

I work with students interested in graduate programs by advising them to take multiple courses in methodology and encouraging them to develop strong statistical skills. I mentor undergraduate research, encouraging students to present their findings at regional and national conferences. And, I offer seminar courses that utilize primary source documents and leading academic research in the field.

“Doc Smith has pushed me to become a better writer and a more well-rounded thinker. He is always available to meet and is active in mentoring his students. Whether helping them find an internship or assisting them in class choices, Doc is passionate about his students’ success.” – John Montgomery ’18

In My Spare Time…

I am a member of the Indy MOPAR® Club which fundraises for the Juvenile Diabetes Research Foundation. I also enjoy working on my 1970 ’cuda and modified 1995 Jeep Wrangler.  You may also find me performing at local venues on either my trombone or guitar.