The Franklin College Baccalaureate was held at 4:30 p.m., Friday, May 20 in Spurlock Center Gymnasium. Troy Jackson, Ph.D., a 1991 Franklin College alumnus, co-founder of Undivided and the state strategies director for Faith in Action, gave the address and received an honorary doctor of divinity from the college. 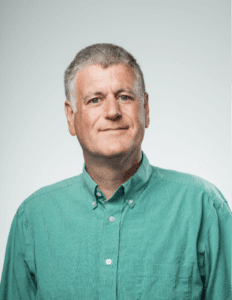 Troy Jackson is co-founder and part of the core team of Undivided, a racial solidarity and justice movement emerging from Crossroads Church in Cincinnati that has moved thousands from passivity and isolation to community and action to address racism. Beginning in 2015, Jackson joined a team at Crossroads Church to develop Undivided, a racial reconciliation and justice 6-week experience that has engaged over 5,000 people since 2016. Jackson is also the state strategies director for Faith in Action (formerly PICO National Network), a position he started in March 2018. Jackson works with a set of states to build power organizations that can engage faith leaders and directly impacted communities in successful campaigns for racial and economic justice.