Staff Retirements Announced – Together, the Trio Combine for More than 100 Years of Service
Campus News

Franklin College announces the retirement of three beloved staff members, who together total 106 years of dedicated employment to the institution. 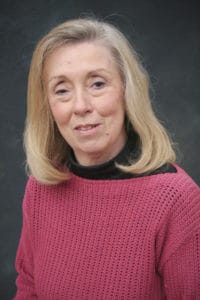 In 2001, Stewart was the subject of a feature article in the student-run newspaper highlighting her 30 years of service to the college. The last line of the article quotes Stewart as saying, “I would probably stay another 30 years.” She came close! On July 29, 2022, Stewart wrapped up her final day at the college, completing a career that spanned 51 years and four months.

Stewart began her career as a bookkeeper in the accounts payable department. She ended her career in much the same role, as an accounting assistant in the Office of Business Operations. Yet, while the responsibilities of her job remained much the same throughout, the changes around her were vast. Each year brought a different set of student faces, even new colleagues. Her five decades at the College also saw seven changes in presidential leadership. Her work evolved from using a calculator to mastering a computer. While living on the perimeter of the college during the 1980s, Stewart even witnessed the tragic fires that nearly destroyed Old Main, where her office was located. She, like many employees, had to adjust to temporary offices, until the building was restored in 1987.

Stewart’s dedication to her work was rewarded when she was recognized as the very first recipient of the staff service award in 2000. She set the bar high for all recipients who followed.

“Cheryl’s work ethic, knowledge and institutional memory cannot be matched,” said Brad Jones, business office manager. “Over the past 51 years we have been blessed to call Cheryl a co-worker and friend and she will certainly be missed.  She will no longer be the first person in the office or the last to leave, but the impression she has made on Franklin College will be here forever.”

Stewart resides in Franklin. She has three adult daughters, three grandchildren and two great-grandchildren. Stewart’s daughter, Mary Stewart, and son-in-law, Patrick Hillenburg, are alumni of the college, graduating in 2010 and 2009, respectively. 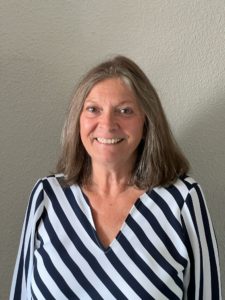 George-Nelis joined the Franklin College staff in July 2005, beginning her career as the Academic Support Administrator.

Previously, she attended Indiana Central (now University of Indianapolis) and worked for the Franklin Community School Corporation, training teachers on using technology and resolving classroom technology issues. She also served as an assistant cheerleading coach at the high school, and continued on in that role, retiring in 2012.

While at Franklin, George-Nelis became an invaluable resource to colleagues, answering the many needs of faculty members as they worked to integrate technology into the classrooms. In 2017, she was awarded the high honor of the staff service excellence award, with colleagues describing her as having an unparalleled work ethic and consistently approaching her work with a calm demeanor and professional attitude, willing to help in every possible way. George-Nelis was also a strong component in the college’s success when transitioning to distance on-line learning during the COVID-19 pandemic.

“IT is a service industry and Ginger embodied everything it means to be in the service business and to put others before self,” said Jason McHenry, director of information technology. “Over the course of almost two decades, Ginger put every ounce of effort into her role here on campus. Thousands of steps a day registered on her pedometer; she embodied the relentless pursuit of the highest level of customer service to every single person on this campus. She would scurry from building to building, ensuring everyone had just what they needed. She would come in early; she would stay late, and she would even come in on the weekend to ensure that the class or event went smoothly. The work ethic standard she set is unmatched and will be used as a benchmark for all Franklin College IT teams that follow her.” 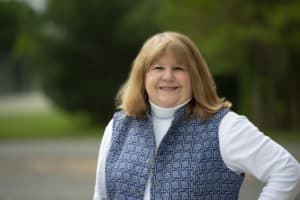 While Barton retired from full-time service with the college after 38 years, she returned to the college on a part-time basis for the 2021-22 academic year to assist with teaching, advising and special event planning for the Office of the President.

Assisting students with their journalism training compelled Barton to serve as acting instructor of journalism during the 1998-99 academic year. She then joined the Pulliam School of Journalism (PSJ) as program coordinator and lecturer and eventually became the PSJ assistant director, a role that allowed her to serve as an academic adviser and teach.

Another role Barton held since 2004 is assistant to the president for special projects. In this position, Barton assisted with coordinating an array of campus events and eventually advising the Student Foundation, a group of student leaders who serve as representatives at college and alumni gatherings.

At various roles at the college, Barton assisted with convocations/lectures, the Sesquicentennial and 175th anniversary observances, the Wonder Five centennial event, a visit by the National Taiwan Academy of Arts and dedication/rededication ceremonies of a number of campus facilities.

While at Franklin, Barton also has served as acting vice president of development and public affairs, affirmative action officer, president of the Indiana Council for Advancement and Support of Education Board and chair of the Convocation and Lecture Committee. She also lent expertise to the Heartland Film Festival Advising board, the Hoosier Salon and Southside Art League boards and the Center Grove Education Foundation board.

Barton’s colleagues honored her with the 2005 Margaret A. Hommell Staff Service Excellence Award and the 2018-19 B.O.S.S. Mentoring Mentor of the Year award from the Center of Diversity and Inclusion. She also has been nominated as a Woman of Distinction. Barton earned her bachelor’s degree with majors in journalism and education from Indiana University and her master’s degree in public relations from Ball State University.

Barton resides in Greenwood with her husband, Kevin. She is the mother of two adult children, daughter, Tricia, and son, J.T., a 2014 graduate of the college.