Three Franklin College alumni will be recognized for their accomplishments and contributions to their local communities and the college during the college’s 2021 Homecoming and Alumni Weekend. Awards will be bestowed by Franklin College President Kerry N. Prather at the annual Hail to Franklin Alumni Awards Presentation and Reception at 6 p.m. on Friday, Oct. 15 at the Garment Factory in Franklin. Registration is required to attend and is available online at FranklinCollege.edu/alumni/homecoming.

The 2021 Alumni Council award recipients include: 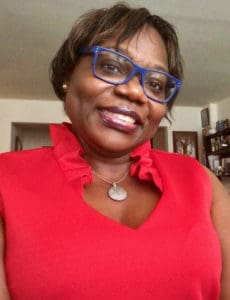 Yolanda Askew ’90 will receive the Distinguished Alumni Award. This award is presented to an alumnus/a who has spent significant time dedicated to excellence in the field or industry, has represented the college well throughout their career and has reached a pre-eminent status in their chosen profession.

Askew gives generously in many ways. Investing in whom and what she believes keeps Askew true to her personal compass, grounds her principles and guides her decisions. For most of her life, she has been charting a course that involves improving the lives of others.

Askew’s Franklin College activities provide a glimpse of the career path that began emerging 30 years ago. She was a founding member and later president of the Student Association for Support of Minorities (SASOM), and a member of the Student Entertainment Board (SEB) and the International Club. She also worked as a Resident Assistant. All the experiences helped provide skills for the real world.

Now employed with NBCUniversal, a global media and entertainment company, Askew is a proven solutions innovator. She joined the company in 2007 and has continually been involved in projects that uplift communities and support diversity, equity and inclusion.

As Director of Sales Fulfillment and Special Projects, Askew has leadership roles with three NBCUniversal initiatives. She helps steer the 21st Century Solutions Grant Committee, which identifies and vets organizations for funding in support of civic engagement, education, environment, jobs and economic empowerment, media, and technology for good. She also is an NBCUniversal Black Employee Network Global Adviser, overseeing 16 national and global Black Employee Network Resource Groups, impacting more than 4,000 employees. Her focus is on helping grow, develop and retain the Black talent population within NBCUniversal. Further, she is co-founder of the company’s Young Professional Academy, which pairs employees with young men of color who attend public boys’ high schools serving the boroughs of New York and Newark, New Jersey. Mentors work with the same group of young men over a two-year span, helping them to build their professional profile. It is personal and gratifying work for Askew, a native of Queens.

Beyond her career, Askew is a hardworking volunteer. She established the First Book Jamaica Lab program, and helped raise funds that provided more than 12,000 free books for underprivileged children over a 15-year period. Further, she has been a Girl Scout leader, and led dozens of donation drives for back-to-school supplies and victims of natural disasters. She is a former trustee for a nonprofit that provides food and resources for underprivileged families. She is especially excited to be working with Franklin College on a new initiative to involve alumni in helping students prepare for and access internship opportunities.

She resides in Jamaica, New York. 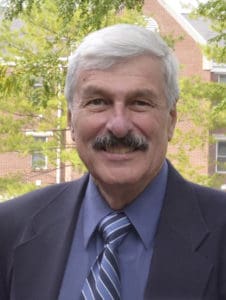 Leonard L. “Len” Bissonnette ’62, M.D., will receive the Hail to Franklin Award. This award is presented to an alumnus/a who has demonstrated exceptional dedication and/or service to the college.

Bissonnette has spent a lifetime demonstrating integrity and helping others. He lives wholly and generously.

From the beginning, Bissonnette was a high-achiever at Franklin College. He earned memberships of distinction in the Blue Key and Chi Beta Phi academic honorary societies while double majoring in biology and chemistry. He also was active in Sigma Alpha Epsilon fraternity and WFCI campus radio.

Franklin built a bridge to the University of Cincinnati College of Medicine, from where Bissonnette graduated in 1966, entering thereafter into the U.S. Army Medical Corps and serving during the Vietnam War. He earned a Bronze Star for meritorious combat-medical service.

Returning stateside, he became board certified in radiology and in nuclear medicine. He practiced medicine in Tampa and Brooksville, Florida, prior to beginning a nine-year stint with Oak Hill Hospital, also in the Sunshine State. In that time, he served as vice chief of staff and medical director for radiology and nuclear medicine, with the roles overlapping four years.

He enjoys being retired today, but Bissonnette and his spouse, Teresa, also a physician, have contributed meaningfully to mission work in health care throughout their lives. Primarily, their efforts have focused on the Philippines, Teresa’s native country. They are funders of a mobile hospital equipped with two operating rooms, and have participated in the unit’s medical outreach in remote areas. The Bissonnettes also serve on the Philippine Cultural Foundation Board of Directors, helping to preserve and present the heritage and culture as a legacy for future generations.

The couple’s philanthropy extends to other cultural, religious and humanitarian nonprofit organizations and educational institutions, including Franklin College. Since 2006, they have funded two endowed student scholarships in pre-medicine, honoring Len’s education and their lifelong love of medicine and service to the community. The couple also made a significant gift toward launching the Franklin College Master of Science in Physician Assistant Studies Program in 2018 and subsequently funded an endowment to support engaged learning in the sciences in 2019.  The Bissonnettes strongly advocate learning opportunities such as undergraduate research, internships and conferences that help broaden student involvement beyond campus. Most recently, they supported the Franklin College Campaign for the Sciences, and the Science Center now features three areas named in their honor, the zoology and botany labs and the museum.

The Bissonnettes have visited Franklin College several times since Len’s graduation to attend reunions and observe institutional milestones. They reside in Florida. 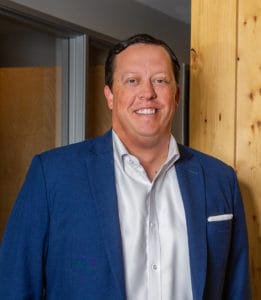 Brad Rateike ’02 will receive the Young Alumni Award. This award is presented to an alumnus/a who has not yet had their 41st birthday, has achieved a high level of success in their chosen profession and has demonstrated dedication to the college since graduation.

Rateike is the founding principal of Bar Communications. He believes a well-rounded and fulfilling life largely depends on one’s willingness to keep learning and putting in the work, in the classroom, in a career and in relationships. He intentionally tries to raise the bar daily to keep fulfilling his potential and succeed in helping others.

Today, he is an entrepreneur and public relations pro, but the skills he uses to help clients with messaging and reputation management remain grounded in the liberal arts he studied at Franklin. Rateike majored in English to polish his reading, writing and listening skills, and he applied what he learned during internships with Indianapolis business leaders. As Franklin College Student Congress President, Rateike learned the importance of stakeholder engagement and collaboration in order to develop pragmatic solutions.

His post-graduate endeavors included applying what he learned as a leadership minor at Franklin while serving as an organizational development volunteer in the United States Peace Corps in Uzbekistan. His work there helping nonprofit organizations become sustainable reinforced his belief that prioritizing what matters most in life every day is critical to decision-making. That same guidance is what Rateike uses in his current role to help clients make strategic decisions efficiently and effectively. His clients include corporate, government and nonprofit organizations in the Midwest and Washington, D.C.

Prior to founding his communications firm, Rateike served for five years as deputy press secretary and policy director for former Ind. Gov. Mitch Daniels. In that role, he handled media outreach and worked with state agencies and external stakeholder groups on grassroots initiatives to advance the governor’s legislative agenda. In 2016, he took a hiatus from Bar Communications to serve as a communications and policy adviser to the Donald J. Trump for President Campaign and the Trump/Pence Transition Team. He was also recruited to serve as director of Cabinet communications at the White House.

He and spouse Lawren Mills reside in Indianapolis.