Franklin College will host its 2018 commencement ceremony at 10 a.m. Saturday, May 19 in Spurlock Center Gymnasium on campus. The keynote speaker will be Tamika Catchings, retired Women’s National Basketball Association (WNBA) player for the Indiana Fever. Catchings also will receive an honorary doctorate of humane letters from the college.  To ensure seating for the families of graduating seniors, tickets are required to attend the ceremony. Doors will open at 9 a.m.

Baccalaureate will be held at 4:30 p.m. on Friday, May 18 in Spurlock Center Gymnasium. The Rev. Dr. Jack E. Skiles, minister for the First United Church in Bloomington, will give the address and receive an honorary doctorate of divinity from the college. This event is open to the public and no ticket is required to attend. Doors will open at 3:30 p.m. 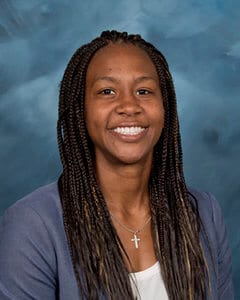 Tamika Catchings had an outstanding 16-year career with the WNBA, retiring in 2016, as a forward for the Indiana Fever. She was named an MVP on the court but also was deeply involved in community service throughout her basketball career, and she continues it today.

After Catchings cemented her legacy as one of the greatest women’s basketball players of all time and retired as the league’s No. 2 scorer (7,380 points) and top rebounder (3,316), she took on a new role that still keeps her close to the sport. Today, she serves as the director of player programs and franchise development with Pacers Sports and Entertainment, a job that keeps her engaged with all three franchises: Indiana Pacers, Indiana Fever and Fort Wayne Mad Ants. She also began a broadcasting career last season with ESPN, as a college basketball analyst. On top of that, Catchings operates Tea’s Me Café on the north side of downtown Indianapolis.

Her humanitarian spirit shines through the Catch the Stars Foundation, which she established in 2004.  The foundation focuses on helping children reach their dreams through fitness, literacy and goal setting programs. The foundation also provides college scholarships.

In 2016, Catchings’ autobiographical story, Catch a Star: Shining Through Adversity to Become a Champion, debuted. It tells how she dealt with the challenges of having a hearing disability that set her apart during childhood, meeting high expectations as an athlete, recovering from debilitating physical injuries and being separated from family to pursue her career. Her autobiography focuses on the hard work and strong religious faith that helped her persevere, and she aims to inspire others to overcome whatever obstacles they face. 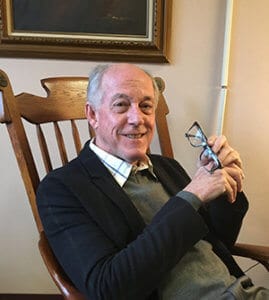 The Rev. Dr. Jack E. Skiles, minister for the First United Church in Bloomington, Indiana, was called to the ministerial staff in July of 2006. He is a native Hoosier and a graduate of Ball State University with a degree in experimental psychology.  He earned his master’s of divinity degree from Central Baptist Theological Seminary in Kansas City, Kansas, and his doctorate of ministry from Christian Theological Seminary in Indianapolis. He was ordained while serving the merged American Baptist Church/United Church of Christ in Grosse Pointe, Michigan, in 1979. He previously served as a minster at the First Baptist Church of Indianapolis and the South Church in the northwest suburbs of Mount Prospect, Illinois, a part of Greater Chicago.

Skiles is extremely interested in examining and discussing the progressive church movement, homelessness and poverty concerns, human rights and the leadership that people of faith must establish in the local and larger communities, as the result of their beliefs.