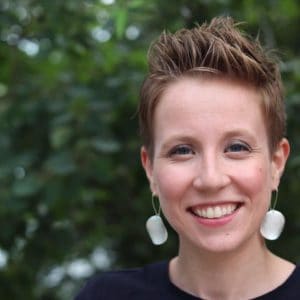 The Eugene and Marilyn Glick Indiana Authors Awards honor the best books written by Indiana authors. Awarded every two years, they celebrate Indiana writers, shine a light on the Hoosier state’s literary community and deepen connections between Indiana writers and readers. They were established in 2009 as a vision of Indianapolis philanthropists Eugene and Marilyn Glick and are a new component of Indiana Humanities’ rich and diverse literary programming.

“These writers and many, many others add to the storied literary heritage of not only Indiana, but the Midwest,” said Keira Amstutz, Indiana Humanities president and CEO. “These awards will help make sure Hoosiers and the rest of the nation are aware of these talented authors and of our state’s literary prowess.”

Winners of the awards from the eight categories will receive $5,000, and current Indiana residents are invited to participate in a statewide speakers program. Winners will be announced on Tuesday, Sept. 1 at 11 a.m. The categories include: Fiction, Nonfiction, Poetry, Children’s, Young Adult, Drama, Genre and Emerging. Buchen’s collection was one of six books to be nominated in the poetry collection

Buchen released the collection in October 2019. The book, printed by Black Lawrence Press, is the culmination of eight years of creative research and reflection. She describes the collection of prose poems as a series “about the early days of motherhood and the challenges in those days.” She began drafting the poems when she was pregnant with her first child as an attempt to make sense of the uncertainty she experienced as a new mother. The title — Look Look Look — is her attempt to reconcile her personal history with the lack of visibility she said all mothers share.

To learn more about the awards, visit www.indianaauthorsawards.org.