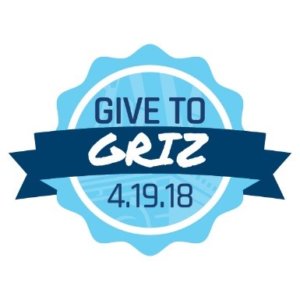 The Greek organization with the most alumni members participating was Sigma Alpha Epsilon with 71 donors.  Graduates of the last decade (G.O.L.D.) total 127 donors.

The total amount raised and the total number of donors both exceeded goals for the day.

“Our #GivetoGRIZ campaign is a wonderful example of the Franklin community coming together in support of our collective mission,” said Dana Cummings, vice president for development and alumni engagement. “The 24-hour campaign was a tremendous success – thanks to the 966 donors who opted to show their support via philanthropy.  The energy on campus and throughout our Franklin College community during the campaign was palpable.  We are grateful! Go GRIZ!”

The money raised will go to the Franklin Fund to provide tuition assistance for Franklin College students who qualify for need-based assistance as well as other essential college needs that support the learning environment for students.  Ninety-five percent of the college’s students receive some form of financial aid, many of whom would not otherwise be able to afford a college education.

The staff used social media, especially Facebook and Twitter, to market this 24-hour fundraising effort, as well as email and other college communication formats.

The one-day giving challenge began in 2013 with a successful effort, earning the office of development and alumni engagement a Silver Award in their district from the Council for the Advancement and Support of Education (CASE). Each year the college has met and exceeded its goal. Last year the college raised $115,184 from 818 donors.