Recipients of Franklin College’s 2018 Alumni Council Awards will be recognized during the college’s Homecoming Alumni Weekend at the Hail to Franklin Alumni Awards Presentation and Reception on Friday, Sept. 28 at 6 p.m. in Hamilton Auditorium in B.F. Hamilton Library.  An hors d’oeuvres reception will immediately follow at the President’s House.  Cost for the event is $15 per person.  Registration is required. 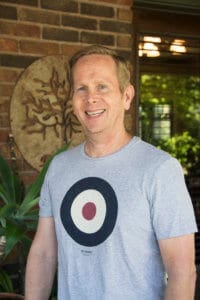 James “Wes” Cunningham, a native of Bedford, Indiana, longtime resident of San Francisco and 1987 Franklin College graduate, will receive the Distinguished Alumnus Award in recognition of his exceptional and selfless contribution to a former college classmate.

Two years ago, when Cunningham learned of someone in critical need, he took action. Carole (Phelps) Tanner, a 1986 alumna of the college, had received an acute kidney failure diagnosis and shared her story on social media as a way to spread awareness about the nationwide need for organ donors. After seeing Tanner’s post, Cunningham was inspired to undergo medical testing that determined he was a viable match.

In July 2017, Cunningham took a leave of absence from his job and traveled to Indiana to donate a kidney to Tanner. Cunningham and Tanner have since become strong advocates for organ and tissue donation.

His actions show the power of friendship, love, support, hope, prayer and the bonds of Franklin College.

Cunningham recently retired after a 31-year career in finance, most recently serving as the senior director of finance at Autodesk, a global software company publicly traded on the NASDAQ stock exchange. Throughout his career, he believed in taking a people-focused approach to management and enjoyed mentoring employees through the junior stages of their professional development.

Cunningham enjoys coaching and mentoring young people. He believes it takes a village to succeed in life, which is why he lives by this quote from American spiritual teacher Ram Dass: “We’re all just walking each other home.”

During his time at Franklin College, Cunningham was a member of the Lambda Chi Alpha fraternity, Gold Quill and Student Foundation. He went on to support the civil rights of minorities, immigrants, the under-privileged and oppressed.

Cunningham is a longtime supporter of the American Civil Liberties Union, the Southern Poverty Law Center and the Matthew Shepard Foundation.

He recently relocated back to Indiana after 28 years away to spend time with friends, former classmates and his 78-year-old mother, Priscilla, who he says made his Franklin College education possible. 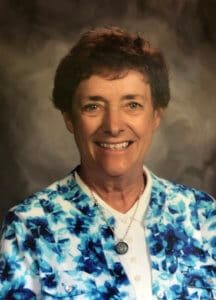 Susan (Henry) Barnard, a resident of Northfield, Vermont and 1966 Franklin College graduate, will receive the Alumna Lifetime Achievement Award in honor of her outstanding service to children.

Barnard served as a physical education teacher at three major school systems over a span of 43 years. She also has taught gymnastics, exercise and swimming lessons to people of all ages.

Throughout her professional life, Barnard has been heavily involved in state and national professional organizations for physical educators, including the Indiana Health, Physical Education, Recreation and Dance Association and the Society of Health and Physical Educators of Vermont, where she served as president and vice president. Barnard continues to present workshops to professionals every year.

She also has written several physical education papers with Japanese authors and served on a committee for the Vermont Department of Education that wrote and published “Vermont Guide to Physical Education Curriculum Content” and “A Physical Education Guide for Teaching Vermont Standards and Learning Opportunities.”

Barnard earned her bachelor’s degree in K-12 health and physical education at Franklin College. She later earned her Master of Science degree in recreation at Indiana University.

Barnard is married to William, a 1968 alumnus of the college and professor emeritus of Norwich University. The pair recently celebrated their 50th wedding anniversary in June. They have two sons, Craig and Ethan.

Barnard is actively subbing in her former job at Barre Town School where she also volunteers and mentors new physical education teachers.