Recipients of Franklin College’s 2017 Alumni Council Awards will be recognized at the Hail to Franklin Dinner on Friday, Oct. 27 at 6:30 p.m. in the Branigin Room of the Napolitan Student Center. Awards will be given to recipients for their contributions to their professions, their communities and Franklin College. The cost for the dinner is $20 per person and reservations may be made by calling the office of development and alumni engagement at 317.738.8050. 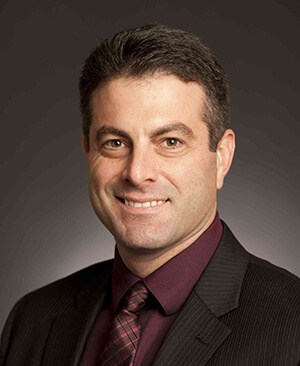 Gregory D. Myer, Ph.D., a resident of the greater Cincinnati area and 1996 graduate of the college, will receive the Distinguished Alumnus Award, in honor of his significant contributions to the medical field.

Myer serves dual roles as director of research and director of the Human Performance Laboratory in the Division of Sports Medicine at the Cincinnati Children’s Hospital Medical Center.

Myer later earned his doctorate in athletic training at Rocky Mountain University of Health Professions in Provo, Utah, in 2010, and completed a postdoctoral fellowship in sports medicine, physiology and cell biology at The Ohio State University.

During his time at Franklin College, Myer served as a member of the Grizzlies’ football team and was recognized as a scholar-athlete by the Indiana (now Heartland) Collegiate Athletic Conference in 1995. Since graduating, Myer has returned to his alma mater numerous times to present professional development lectures and give career advice to students in the athletic training and exercise science programs.

Myer has been recognized numerous times for his excellence in sports medicine research. Among these awards are the American Orthopedic Society of Sports Medicine’s O’Donoghue Sports Injury Research Award (2005, 2015), the NCAA Research Award (2010) and the Clint Thompson Award for Clinical Advancement in Athletic Training (2005, 2010 and 2013). More recently, Myer was honored by his alma mater, Rocky Mountain University of Health Professions, with the Outstanding Alumnus Award in 2016.

Myer credits his family’s farming heritage for instilling the value of hard work, the cornerstone of his professional success. 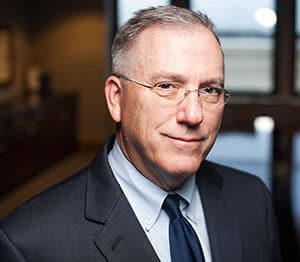 John C. Duffey, J.D., a resident of Lafayette and a 1979 graduate of the college, will receive the Lifetime Achievement Award in recognition of his embodiment of Franklin’s core values of integrity, innovation and intellectual curiosity, as well as his exemplary career in law. This award is the highest award given to Franklin College alumni.

Born and raised in Indiana, Duffey has dedicated a significant part of his life to supporting his undergraduate alma mater. Franklin College is where he met his wife, Teresa, a 1977 alumna of the college, and later it’s where their son, George, also a 2009 alumnus of the college, earned his bachelor’s degree. The Duffeys have two other children, a daughter, Katherine, and a son, Sam.

After graduating with honors from Georgetown University Law School in 1982, Duffey joined Stuart & Branigin, LLP, in Lafayette, Indiana, where he currently is a partner.

For nearly 35 years, he has represented clients in state and federal courts. In August, he was recognized for his professional achievements by the peer-review publication Best Lawyers, which distinguished him as the 2018 “Lawyer of the Year” for railroad law. Only one lawyer in each practice area and designated metropolitan region is honored annually with this distinction.

Duffey has made the Best Lawyers list in the field of railroad for more than 10 consecutive years. He is admitted to practice law in Indiana, Illinois and Ohio, as well as present before the Indiana Supreme Court and the U.S. Supreme Court.

Duffey is a longtime supporter of Franklin College’s prelaw program and has provided numerous mentorships and internships. He also funded creation of the Honorable Roger Douglas Branigin Archives at the college last year. Former Indiana Gov. Branigin is a 1923 Franklin College graduate and a 1956 honorary degree recipient. Students collaborated with the Johnson County Museum of History director to create a permanent exhibit of his political memorabilia for the college’s B.F. Hamilton Library.