Franklin College will host its 2019 commencement ceremony at 10 a.m. Saturday, May 18 in Spurlock Center Gymnasium on campus. Doors will open at 9 a.m.

To ensure seating for the families of the graduating seniors, tickets are required to attend the ceremony and are only distributed to graduates to be used at their discretion. For those without a ticket, the ceremony will be live streamed on campus in Richardson Chapel beginning at 10 a.m.

Baccalaureate will be held at 4:30 p.m., on Friday, May 17 in Spurlock Center Gymnasium. The Rev. Teresa ‘Terri’ Hord Owens, general minister and president of the Christian Church (Disciples of Christ), will give the address and receive an honorary doctor of divinity from the college. This event is open to the public and no ticket is required to attend. Doors will open at 3:30 p.m.

Pete Yonkman originally joined Cook’s corporate counsel team in 2001 and quickly took on new roles with increasing responsibility. Within a few years of joining Cook, he was named vice president and chief corporate counsel for Cook Group. In that same year, he took on an additional role as vice president of the company’s expanding operations in Asia. In 2005, Yonkman became president of Cook’s urological device manufacturing facility and spent the next few years in Spencer, Indiana. 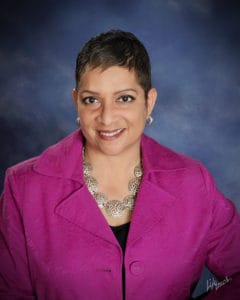 The Rev. Teresa ‘Terri’ Hord Owens was elected general minister and president of the Christian Church (Disciples of Christ) in July 2017. She is the first person of color and second woman to lead the denomination. A descendant of one of the oldest African-American free settlements in Indiana and a Disciple since young adulthood, Hord Owens was dean of students at the University of Chicago Divinity School and pastor of First Christian Church of Downers Grove, Ill., prior to her election.

Her resume includes more than 20 years in corporate America leading diverse data management teams in health care and other industries before she entered seminary. After ordination, she served 15 years at the University of Chicago Divinity School, shepherding a varied student body in both background and theology.

Hord Owens is widely sought after as a preacher, speaker and workshop facilitator. Her ministry and intellectual interests include a theology of reconciliation, cultural intelligence, developing inclusive and multi-cultural congregations, and the mentoring of young adults. She marked three decades of marriage with Walter Owens, Jr., prior to her election. They are the proud parents of an adult son, W. Mitchell Owens, Ill. 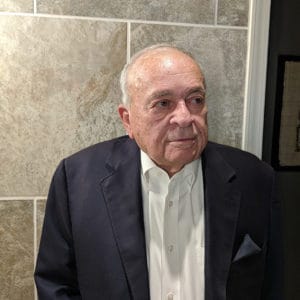 After spending one semester at Franklin College, Brougher answered his country’s call by joining the U.S. Air Force, where he served four years before returning to Indiana and marrying his wife, Erlene, now deceased. In 1956, Brougher founded and served as the Principal in Brougher Agency. In 1976, he set out to expand his insurance offering to include group medical insurance.  With employers beginning to wrestle with the high cost of medical insurance for their employees, he recognized that self-insurance would help curb medical insurance costs and he pioneered Stop Loss Insurance as a way to facilitate self-insurance for employers of all sizes. Today, more than half of all employers in the United States purchase Stop Loss Insurance for their self-insured employee benefit plans.

Brougher Agency evolved into an international insurance organization with offices throughout the United States and abroad.  In 1989, he sold Brougher Insurance Group. Not ready to retire, he started IMG with the goal of providing medical insurance for U.S. citizens while traveling abroad. IMG is now recognized as the leading provider of worldwide medical insurance for individuals and groups.

Brougher has served on the board of trustees at Marian College, Visiting Nurses Services and St. Francis Hospital Foundation.  In 2013, Marian University awarded him an honorary doctor of business administration. He and his late wife Erlene have four children, seven grandchildren and four great-grandchildren. 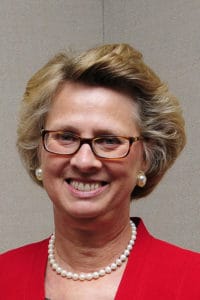 Christine S. Fields, former chair of the Franklin College Board of Trustees, will receive a doctor of laws degree. She graduated from Franklin College in 1974 with a bachelor’s degree in physical education and health. After serving as an admissions counselor for Franklin College, then as a teacher in the Franklin Community School Corporation, Fields went on to earn a law degree from Indiana University in 1981. Her career as a lawyer led her to Eli Lilly where she retired as Vice President and General Counsel, International Operations from Eli Lilly and Co. after nearly 25 years of service. She traveled extensively to help support Lilly business, visiting Asia, Europe, Latin America, Canada and Australia.

Fields has served as a Franklin College board member since 2002. She was elected as chair in 2013, becoming just the second woman to serve as board chair, a position she held for five years. Fields has served the board by participating on the college’s 16th president search committee as well as serving on the planning committee for the Inauguration Symposium following the appointment of the president. She has been deeply involved with the Campaign for the Sciences which has helped fund renovation and expansion of Barnes Hall, now called the Franklin College Science Center. Fields and her spouse, Jack Borgerding, are funders of two dedicated spaces within the center. They also support programs benefiting the department of mathematics and computing, and the swimming and diving programs. The Indianapolis residents are loyal supporters of the Franklin Fund and members of the Chairman’s Circle giving society.