“I could tell Erica was tremendously bright. She was already demonstrating that gift of really locking in when someone was talking. Her focus was just unreal.” – Krull

The two met at an Indiana High School Press Association event when Erica was still in high school. Fast forward to 2019, and even though Erica is only a junior, she’s already interned with the Indianapolis Business Journal and earned front-page ink. 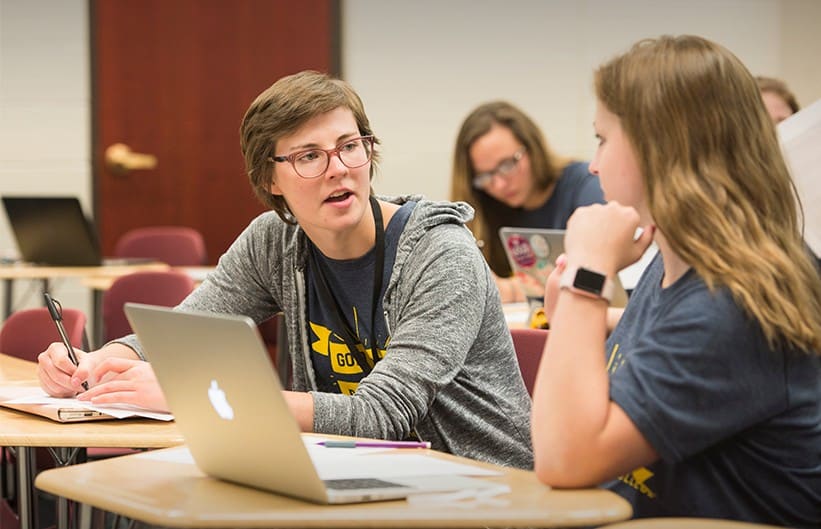 A large part of that is due to her drive. As John put it, “Erica’s work ethic is incredible. She’s incredibly bright. She’s got a skill set of someone who’s been in a business for 10 years.”

But part of that is because of the doors Franklin College faculty open for their students. Like the one Krull opened for Erica her freshman year when she worked on a professional documentary crew as a camera operator, researcher, and general fly on the wall.

“That was a big thing, but the smaller things matter too. I’ve represented the PSJ at several dinners and met professionals in my field. There’s a level of trust that shows they care when they allow a first year student to be the face of the school that early in her academic career.” – Irish

That trust and care is at the heart of Franklin’s student-faculty relationships, and according to John, those relationships aren’t just four-year endeavors. They’re lifelong privileges.

“At this time in your life you really need someone to help and guide you, and that’s really what he does. Not only for me, but for all of his students.” – Irish

Come meet the people who will open doors for you – not just for four years, but for the rest of your life. Schedule your Franklin College tour today.