The department of English and creative writing is proud to sponsor the Visiting Writers’ Reading Series, which brings emerging and established authors to campus. Previous speakers have included Jamaal May, Marcus Wicker, Cathy Day, Jacinda Townsend, and many others. All events are free and open to the public.

If you are attending as part of a group, please contact the reading series director, Dr. Callista Buchen. We are happy to reserve seats for groups. 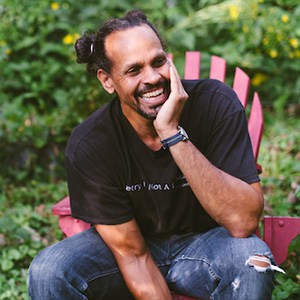 Ross Gay is the author of three books of poetry: Against Which, Bringing the Shovel Down, and Catalog of Unabashed Gratitude, winner of the 2015 National Book Critics Circle Away and the 2016 Kingsley Tufts Award. His collection of essays, The Book of Delights, was released by Algonquin Books in 2019. Ross is the also the co-author, with Aimee Nezhukumatathil, of the chapbook “Lace and Pyrite: Letters from Two Gardens,” in addition to being co-author, with Richard Wehrenberg, Jr., of the chapbook, “River.” He is a founding editor, with Karissa Chen and Patrick Rosal, of the online sports magazine Some Call it Ballin’, in addition to being an editor with the chapbook presses Q Avenue and Ledge Mule Press. Ross is a founding board member of the Bloomington Community Orchard, a non-profit, free-fruit-for-all food justice and joy project. He has received fellowships from Cave Canem, the Bread Loaf Writer’s Conference, and the Guggenheim Foundation. Ross teaches at Indiana University. 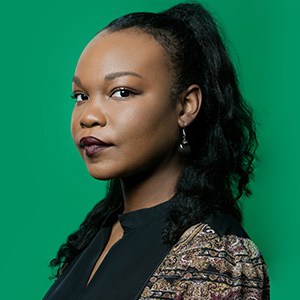 October 2, 7 p.m., Hamilton Auditorium: Nafissa Thompson-Spires (this event is co-sponsored by the Center for Diversity and Inclusion)

Nafissa Thompson-Spires earned a PhD in English from Vanderbilt University and an MFA in Creative Writing at the University of Illinois at Urbana-Champaign. Her work has appeared or is forthcoming in McSweeny’s “The Organist,” The Paris Review Daily, Dissent, Buzzfeed Books, The White Review, and other publications. Her short story “Heads of the Colored People…” won StoryQuarterly’s 2016 Fiction Prize, judged by Mat Johnson. Her writing has received support from Callaloo, Tin House, and the Sewanee Writers’ Conference. She currently works as an Assistant Professor of Creative Writing. Her first book, Heads of the Colored People, was longlisted for the 2018 National Book Award, the PEN/ Robert W. Bingham Award, and the Aspen Words Literary Prize; was a finalist for the Kirkus Prize and Los Angeles Times Book Prize for first fiction; and has won the PEN Open Book Award, the Los Angeles Times Art Seidenbaum Award for First Fiction, and an Audie Award. She is also the recipient of a 2019 Whiting Award. 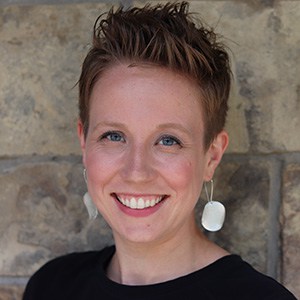 Callista Buchen holds a PhD in English and creative writing from the University of Kansas, an MFA in creative writing from Bowling Green State University, and an MA in English literature from the University of Oregon. She is the author of the poetry collection Look Look Look (Black Lawrence Press, 2019), as well as the chapbooks Double-Mouthed (dancing girl press, 2016) and The Bloody Planet (Black Lawrence Press, 2015). Her poetry, prose, reviews, and collaborative writing have appeared in Harper Palate, Puerto del Sol, Fourteen Hills, Bellevue Review, Salt Hill, and other journals. The winner of DIAGRAM’s essay contest and Franklin College’s Excellence in Scholarship Award, she is a frequent presenter at AWP, Creative Writing Studies, and other national conferences. She teaches at Franklin College, where she advises the student literary journal, Apogee.